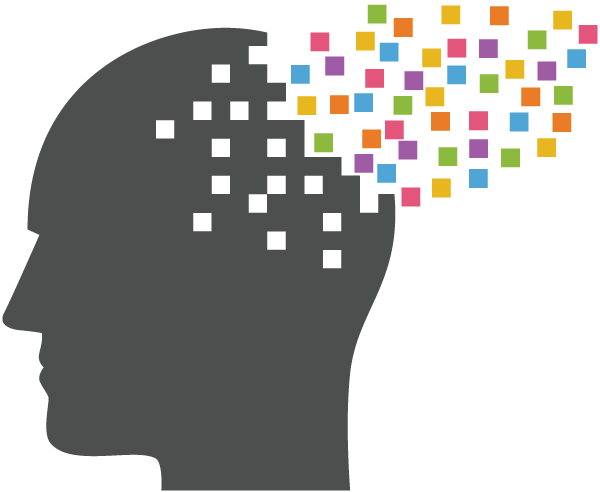 People of all ages experience inconvenient—and sometimes embarrassing—memory lapses. Who hasn’t forgotten where they parked their car? But when older people are forgetful, many begin to worry that the slip-ups are precursors of Alzheimer’s Disease (AD).

Alzheimer’s is a real concern, but we needn’t fear that every slip is a sure sign. Memory loss happens to all adults, and only in some cases does it signal a serious condition. Here are a few definitions of the common causes of memory loss in maturity.

Studies confirm that the ability to remember details about our experiences, to manipulate multiple bits of information at the same time, and to identify the source of what we have learned often declines as we get older. This process actually begins as early as age 30, though it accelerates and becomes more noticeable after age 50. Although these cognitive changes can be annoying—and ultimately, can limit your activities and interests—they are part of normal aging. Recent research has indicated that keeping your mind engaged in new and challenging activities can help to prevent or reverse this normal “cognitive decline.”

Mild cognitive impairment (MCI) is a term that’s used to describe a more serious kind of memory decline. Like those aging normally, people with MCI may complain their memory isn’t what it used to be, and their loved ones might agree. But in addition to these general complaints, they also do worse on certain memory tests compared to others in their age group. Unlike in Alzheimer’s disease and other forms of dementia, though, people with MCI do not show impaired judgement.

Scientists aren’t certain exactly how many people have MCI. Estimates range from 1% (about 350,000 in 2000) to 26% (about 9.1 million in 2000) of Americans 65+. For some people, MCI represents a transitional period between the mild and manageable memory problems associated with normal aging, and the debilitating symptoms of AD. Estimates vary, but a number of studies suggest that about 10% of those with a specific type of memory-related MCI go on to develop AD each year.

For more info on MCI, visit the Mayo Clinic website.

Alzheimer’s is the most common type of dementia. Currently an estimated 4.5 million Americans are afflicted with the disease. Unless effective therapies or cures are found, that number is expected to more than triple by 2050 as the Baby Boomers age and the number of people surviving into their 70s, 80s and 90s increases. That’s because older people are much more likely to get Alzheimer’s: while less than 10% of people 65+ have Alzheimer’s, over 47% of people 85+ do.

Scientists have been able to identify characteristics of brains afflicted with AD— neuritic plaques, neurofibrillary tangles, widened cortical sulci, and enlarged cerebral ventricles. So far, they have not been able to explain what actually causes the disease.

For practical purposes, AD has been divided into mild, moderate and severe stages that correspond to behavioral and physical changes. Cognitive symptoms that became more and more noticeable in the mild stage of the disease increase dramatically in the next stage. The moderate stage is also characterized by personality and emotional changes that may be challenging for caregivers to manage. In the final stage, physical problems dominate. Patients are unable to speak or walk, and they become incontinent.

Other forms of dementia

Although AD is the most common form of age-related dementia, there are others. Dementia is a general term for a number of conditions that result in severe cognitive deterioration. In addition to AD, other common dementing conditions include multi-infarct dementia and dementia with Lewy bodies. About 10% of suspected dementias are reversible. Depression, drug toxicity, hypothyroidism, benign brain tumor, and Vitamin B12 deficiency are some of the causes of reversible dementia.

Worried about your memory loss?

If you have normal age-related cognitive decline and would like to take steps to improve your memory, try BrainHQ. BrainHQ is an online brain training system that’s clinically proven to help people think faster, focus better, and remember more—to get their brains at their best overall. (If you’d like to learn more about how it does that, see our Why BrainHQ? section.)

If you’re worried about your memory beyond that, visit your doctor. He or she can help you figure out what’s behind your lapses.