A Landmark Study with Dramatic Results

With 487 participants, the IMPACT study was the first large-scale clinical trial ever to examine whether a specially designed, widely available cognitive training program significantly improves cognitive abilities in adults. Led by distinguished scientists from Mayo Clinic and the University of Southern California, the IMPACT study proves that people can make significant gains in memory if they do the right kind of scientifically designed cognitive exercises.

The study was conducted with six of the auditory exercises in BrainHQ: Sound Sweeps, Fine Tuning, Memory Grid, Syllable Stacks, To-do List Training, and In the Know. Study participants trained in these exercises for a total of approximately 40 hours.

Specifically, the IMPACT study found that:

You can read the original IMPACT study here. Remember, the name of the cognitive training program and the individual exercise names were different then than they are now in BrainHQ (see footnote below) but the science is still the same. 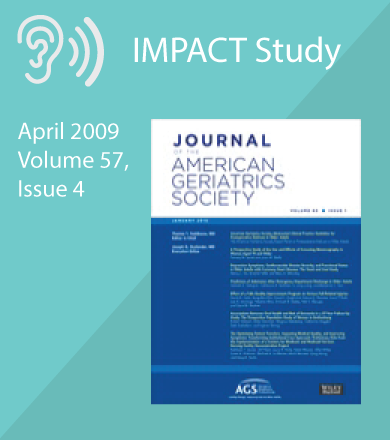