“No man is an island,” John Donne famously wrote. In recent years, neuroscientists have caught up with the wisdom of the 17th century poet in recognizing how important–in fact, essential–it is for us to stay connected and engaged with other people.

For decades researchers have seen this relationship hold true across a wide spectrum of mental health issues. Low social support from friends and family, for example, is associated with chronic depression. Children deprived of adequate human contact suffer severe physical and psychological effects that can exist late into adult years.

But socializing doesn’t just help prevent mental disease, it can also help us remember more and think more clearly. Oscar Ybarra of Michigan University monitored phone usage data from 3600 people, analyzing how long they talked and to whom. Even while controlling for other variables, researchers uncovered a positive relationship between social engagement and cognitive performance.

Ybarra points out that the in primates and other mammals, “The size of the brain has been correlated with the size of the social groups the animals typically form.” Our human brains evolved partly to solve problems social in nature, so it makes sense that engaging that side of it has general, positive effects.

Couldn’t this all simply be a correlation? Just because people with healthy brains tend to socialize more often, we can’t say the socializing leads to brain health. A follow-up study explored this further with telling results. Participants were assigned to one of three groups: a “social” group that participated in a group discussion, an “intellectual activities” group that solved puzzles, and a control group that watched a television clip. After these activities, participants were tested to gauge cognitive performance, and those who spent their time socializing scored highest.

Another remarkable study found that fruit flies with a specific mutation in the Sod1 enzyme associated with Alzheimer’s disease in humans lived twice as long when they were left in the presence of young, active flies than by themselves.

Unfortunately, the very time when people are most in need of the cognitive benefits afforded by interacting with other people–later in life–is when we tend to isolate ourselves and shrink our social lives. Retirement, the death of a loved one–a number of factors make this tendency understandable, but it doesn’t mean we can’t do anything about it. Volunteer at a school. Meet an old friend for lunch. Coach a Little League team. Join a social club. Play bridge with a group. Plan a movie night.

Your community, body, and brain will thank you for it. 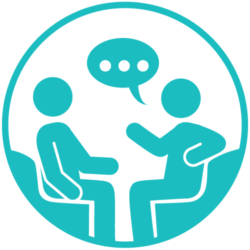