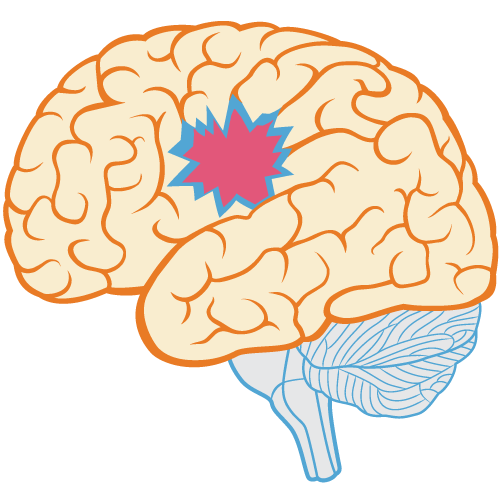 Brain Fact: The brain can repair or compensate for certain losses, and even generate new cells

It used to be believed that each person was born with a finite number of brain cells, so if you damaged any of them you operated on a deficit for the rest of your life. Less than 20 years ago, even major players in the neuroscience community believed that the brain could not generate new cells. Similarly, many scientists believed that the brain was unalterable; once it was "broken," it could not be fixed. But recent discoveries have convinced most scientists to think differently. Evidence now shows that the brain remains "plastic" throughout life: it can rewire or change itself in response to new learning. Under certain circumstances, the brain can even create new cells through a process called neurogenesis.

To show brain cell regeneration, in 1998 scientists placed a substance that identifies dividing cells in a group of terminal cancer patients. Postmortem examinations found that the substance was attached to new cells in the hippocampus. This discovery not only refutes the "we are born with a finite number of brain cells" myth, but it also raises hope for victims with brain injury caused from either diseases or trauma.