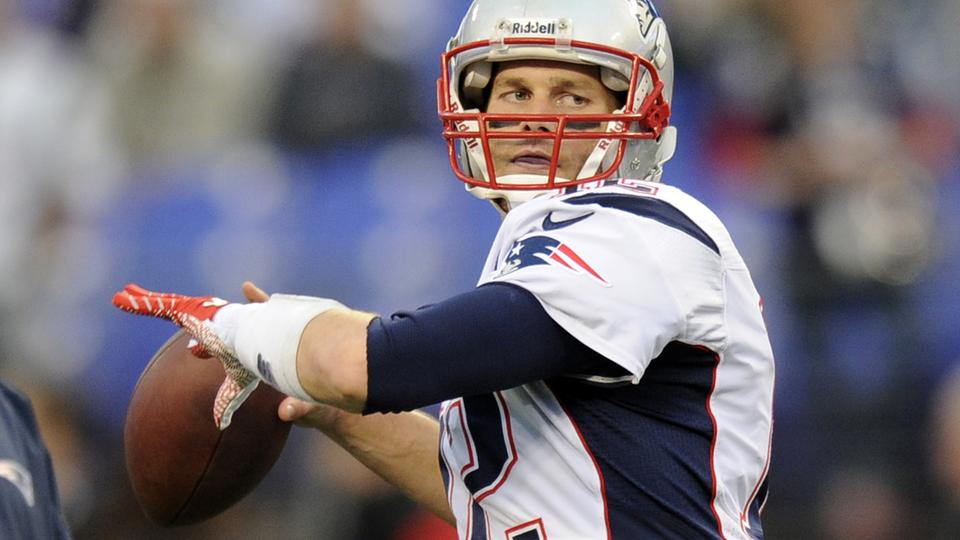 Our blog editor asked me to write about how we started working with Patriots Quarterback Tom Brady.

It started with a phone call after the 2014 Super Bowl.

The caller said he worked with Tom Brady. Yes, the Patriots’ Tom Brady.  He was, in fact, Alex Guerrero, who has been Tom’s personal trainer and body coach since 2006 (and is well known in his own right).

I learned that Tom had been using our exercises for many months and found them helpful.  Would we be interested in talking with Tom?

Shortly thereafter, Dr. Henry Mahncke (our CEO) and I were on a plane to Boston and a ride down to Foxboro. In the mall attached to the Patriots’ (Gillette) stadium, (around the corner from Dunkin Donuts), you’ll find the TB12 Sport Therapy Center.

Behind the front door, we found a gleaming new sports clinic, with state of the art technology. At the time, the TB12 sport center was less than a year old.  We met Alex and Tom, and were introduced to Tom’s team of neuroscientists.  Yes… his training team included neuroscientists!

Tom talked about the novel training methodology he and Alex had developed over the past decade, and his desire to teach the “TB12 Method” to up and coming athletes, and to others who might benefit, including aging adults.

The original impetus behind developing the TB12 Method was to keep Tom playing football as long as possible – into his 50s, if possible – because Tom loves to play football. And, at some level, he knows, that even though he has great relationships with Coach Belichick and Owner Robert Kraft, their job is to make sure the Patriots win every game, regardless of who is playing quarterback.

So, Tom and Alex set up the TB12 center to customize training for Tom, and to share that training with others interested in how to train like Tom Brady.

Sports writers have written elsewhere about the TB12 Method – a lot of it about the more sensational elements, involving diet restrictions and getting to bed early.
I think those writers have missed the story.

We learned that after a few months of using BrainHQ, Tom had told his training team that there needed to be a fourth leg to the stool – brain training. We had been invited to Foxboro to see if we agreed.

We were there that day to explore whether we could work more closely together to help the TB12 team learn more about the BrainHQ exercises, and how to develop custom programs to address the particular needs of a quarterback.

For example, which exercises would target visual skills, important to seeing an open play faster while scrambling in or outside the pocket? Which might be best as a pre-game warm-up? Which ones would exercise the ability to make the right decision in mere milliseconds? Which could improve memory for all the weekly plays?

Over the next year, I went to Foxboro about every six weeks.

I got to have several conversations over the year with Tom. In one of the first, he told me, “I’m in better physical condition at 36, than I was at 26.” I asked “What about cognitive condition?” I wish I had a tape recorder running, because he then said something like, “I’m in the best cognitive condition of my life. I can see more; I can see it faster; I can make faster decisions.”

I learned that he could also tell it worked, because Tom’s neuroscience team had developed a new technique for brain imaging – and that confirmed the gains. You can read about that breakthrough imaging technique at www.cognitivefxusa.com.

When we started developing what became the BrainHQ exercises, we expected that we could help people with problems. In particular, we were pretty convinced that we could help with healthy aging by using plasticity-based training exercises to reverse the slowing of brain processing and the degradation of visual and auditory sensory processing.

It did not occur to us that we might make elite athletes and other peak performers even more capable.  In fact, we feared that there might be ceiling effects for people who are already top performers. But we were wrong.

We now know, from 140+ peer-reviewed journal articles on benefits of our exercises and assessments (and from an enormous database with 100,000s of users and tens of millions of exercises results), that while starting points may vary based on age and abilities, people of all ages and abilities can get similar benefits from BrainHQ.

It turned out to be a good thing that we first developed exercises for older users. Older folks have a tremendous variance in abilities. In some areas they are as sharp as a tack, and in other areas, not so much.  That seems to be true of elite athletes, whether injured or not.

One wonderful aspect of the embrace of BrainHQ by elite athletes is that it makes brain exercise aspirational.  And, it should be. It’s a lot like going to the gym. It’s good for everyone. And, more is better.

The only downside to telling people about Tom Brady’s use of BrainHQ, seems to be that I discover some folks are not big fans of the Patriots.  In fact, some even have a reverse passion for the team.

But… I’m from Boston.