Observe the two sets of circles below. Which of the yellow circles is larger? 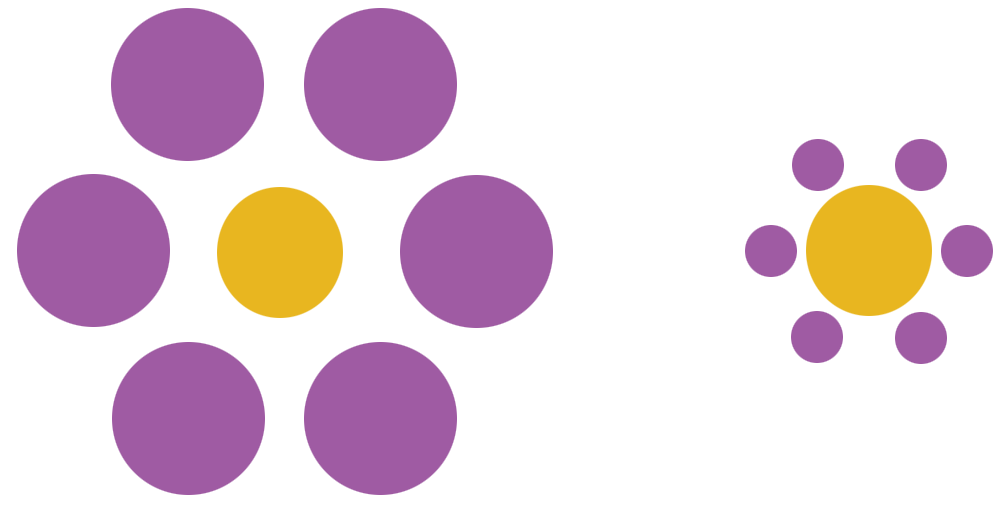 You may be surprised to find out that they are exactly the same size. The deception occurs because of the size of the surrounding purple circles and their relative distance from the central yellow circle. These adjustments cause the brain’s visual perception system to distort the relative size of the inner circles. Another factor at play is the “completeness” of the surrounding circles; if we removed a few of the purple dots or spaced them out, the illusion would not persist.

Titchener Circles are also called an Ebbinghaus Illusion, for its original discoverer. The illusion is similar to a Delboeuf Illusion, shown below. 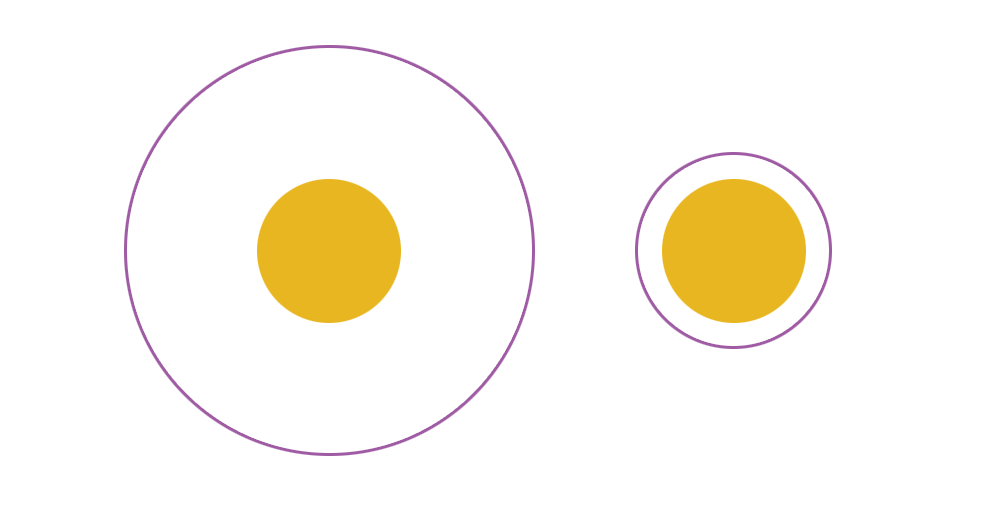 The two yellow circles appear to be different sizes, but they are the same. The one on the left appears larger because of its context within the purple outlined circle.

Interestingly, these illusions are perceived differently by adults and children, which provides evidence that they are context-sensitive. Because adults have higher sensitivity to context, illusions of this type fool them more often and more easily. Since children are not as context-sensitive, they are less often deceived by this kind of illusion.