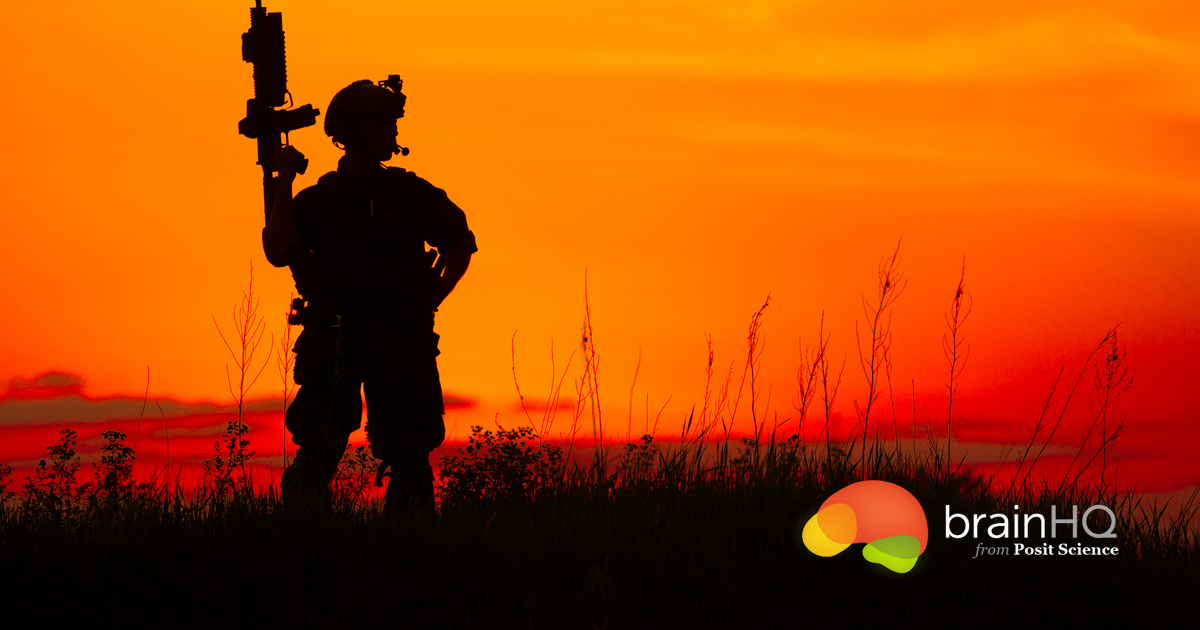 Ed. note: Today we are pleased to present a guest post from Chelsea Travers, a communications representative from CareMeridian who is educating the public about traumatic brain injury.Click on her name above for a full biography.

Traumatic brain injury (TBI) is all too commonly associated with modern warfare, particularly the War on Terror. Many veterans suffer from these injuries without realizing it, until serious problems develop. Through awareness, we can help our military friends and family members avoid the serious implications of a traumatic brain injury.

Military men and women are continually involved in situations where risk of injury is high. One silent war wound that often goes unnoticed is a traumatic brain injury (TBI). A TBI affects the function of the brain and can often cause life-altering damage ranging from personality and behavioral changes to complete loss of brain function and the ability to communicate. Therefore, some of the affects are not just life-altering, but also life threatening, and wind up requiring, long-term, specialized traumatic brain injury rehabilitation.

According to the Veterans Health Initiative, active male members of the military were hospitalized due to TBI related injuries at a rate of 231 per 100,000. The rate for female members of the military was 150 per 100,000. Based on these statistics, over 4,000 military personnel are hospitalized on average each year for traumatic brain injuries. Some are diagnosed as a mild TBI (aka concussions), while others result in moderate to severe TBI.  As family members and friends of military veterans, understanding the symptoms of a TBI can sometimes aid a victim in recognizing the warning signs that a potential brain injury might exist.  Pointing these symptoms out could help them decide to seek immediate treatment giving them the best chance at avoiding serious, long-term implications and enjoying the most comfortable lifestyle possible post active duty.

Mild TBI refers to loss of consciousness, confusion and/or disorientation for a duration less than 30 minutes. They are often overlooked at the time of injury but in at least 15% of cases can still have effects that last longer than 1 year. Symptoms associated with a mild TBI are fatigue, headaches, impaired vision, memory loss, inability to focus or pay attention, impaired sleep, dizziness, emotional impairment, depression and seizures.  They are not always experienced right away and behavior changes are usually noticed by friends and family members before the victim realizes there is a problem.  Therefore, it is important that any soldier suffering a physical blow to the head get examined immediately even though they might feel fine at the time of the injury.

Since symptoms are not always apparent immediately after a blow to the head occurs, it is possible that neither the victim, nor the military personnel immediately in contact with him/her at the time of the injury and/or throughout the rest of their active duty assignment would ever recognize a problem.  Therefore, it is possible that the spouse or other family members and friends of a veteran returning home from war could be the first possible line of defense able to help prevent a soldier from suffering long term damage stemming from a mild TBI by recognizing the difference between the “normal behavior” of their significant other and the occurrence of the abnormal symptoms listed above.  Since a returning war vet often will spend the majority of time with their spouse immediately upon their return, the spouse could wind up being the first to notice the symptoms should the symptoms have been dormant while the soldier was still active, thus making them unrecognizable to fellow military personnel working alongside them at the time.  If family members and friends closest to a patient suffering a TBI understand the symptoms and know what to look for, they can recognize potential problems early on and encourage their loved one to seek treatment immediately for a proper diagnosis from a skilled nursing facility.  It is important that a soldier returning home doesn’t dismiss any warning signs they notice themselves, or health concerns mentioned to them by others.  Early treatment of a mild TBI will allow a patient to have the best chance at a full recovery and give the entire family an opportunity to maintain (or return to) a normal lifestyle as it was prior to the victim suffering the injury.

Moderate TBI refers to loss of consciousness, confusion and/or disorientation between a range of 30 minutes and 6 hours with a Glasgow Coma Scale (GCS) of 9 to 12 (15 being the least severe). Severe TBI refers to a brain injury resulting in loss of consciousness, confusion, and/or disorientation for a duration longer than 6 hours and a GCS of 3-8 (1 being the most severe but 3 being the lowest score achievable while considered non-vegetative).  The GCS is a cumulative point system that combines three different scores determined by a patient’s eye, verbal and motor responses.

In cases of severe TBI, patients suffer cognitive damage including all of the symptoms of a mild TBI with the additional difficulty with impulsiveness, language processing and executive functions.  Severe TBI patients may have difficulty speaking, understanding words, reading or writing and may alter the speed at which they try to communicate.  Impairments to their sense of sight, touch, hearing, smell, and taste are likely.  Seizures can ensue and damage to the individuals’ physical and emotional health can be devastating, including physical paralysis, chronic pain, bowel disorders, malnutrition, menstrual difficulties, anti-social behavior, lack of motivation, aggression, depression and denial.

A patient and the friends/family members of a patient suffering from a severe TBI will undoubtedly experience significant changes to their lifestyle throughout the recovery process and especially in the event that the patient cannot recover.  The best way to prevent TBI is through awareness. Recognizing and responding to the early symptoms of a TBI can often aid in preventing further damage caused by the injury.  So it is vital that serviceman and their families are aware of TBI so that they can recognize the symptoms and help the victim seek medical treatment if symptoms are present.

BrainHQ is deployed at dozens of VA and military facilities in treatment and research programs, addressing cognitive decline from aging, brain injury, and mental illness, as well as attaining peak performance in soldiers.