BrainHQ Improves Internal Locus of Control – Here’s Why That Matters 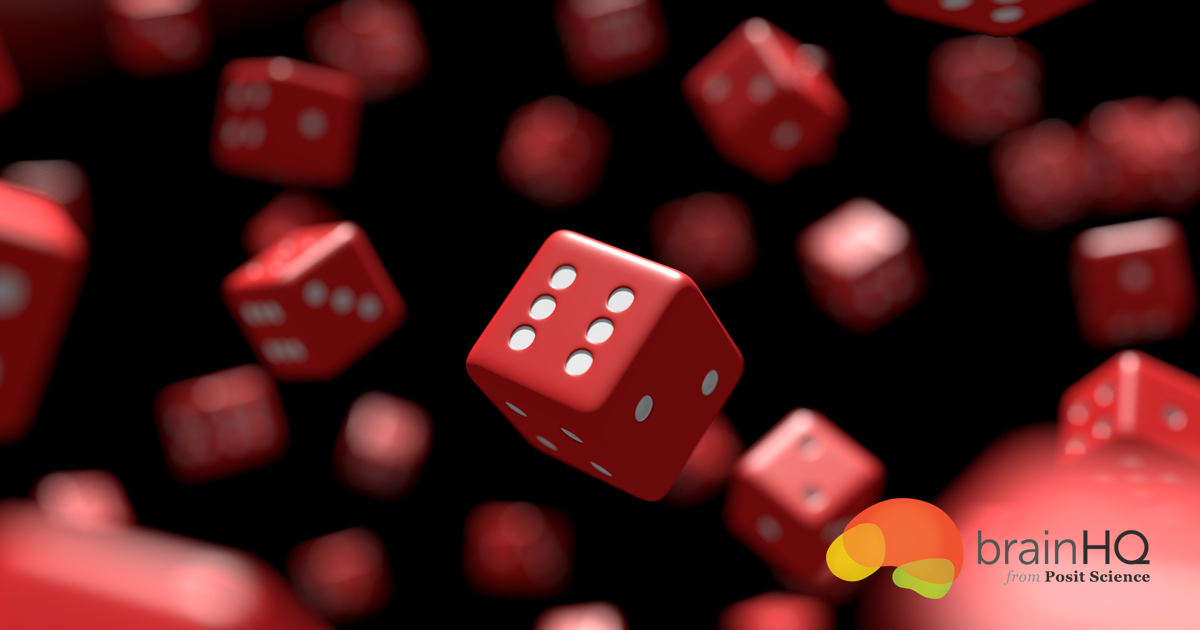 An early study of BrainHQ brain training exercises found that training can improve internal locus of control. Unless you are a Psychology professor, you are probably thinking, “what the heck does that mean, and why should I care?”

This excerpt from Exploring Psychology in Modules with Updates on DSM-5, 9th Edition, by David G Myers, beautifully explains what is meant by locus of control:

Hundreds of studies have compared people who differ in their perceptions of control. On one side are those who have what psychologist Julian Rotter called an external locus of control—the perception that chance or outside forces determine their fate. On the other are those who perceive an internal locus of control, who believe that they control their own destiny. In study after study, “internals” have achieved more in school and work, acted more independently, enjoyed better health, and felt less depressed than did “externals” (Lefcourt, 1982; Ng et al., 2006). Moreover, they were better at delaying gratification and coping with various stressors, including marital problems (Miller & Monge, 1986). One study followed 7551 British people for two decades. Those who expressed a more internal locus of control at age 10 exhibited less obesity, hypertension, and distress at age 30 (Gale et al.,2008). Other studies have found that people who believe in free will, or that willpower is controllable, learn better, perform better at work, and are more helpful (Job et al., 2010; Stillman et al., 2010).

Compared with their parents’ generation, more Americans now endorse an external locus of control (Twenge et al., 2004). This shift may help explain an associated increase in rates of depression and other psychological disorders in the new generation (Twenge et al., 2010).

The BrainHQ study was not a small pilot study but a large, 3-arm trial. Researchers from University of Iowa and University of Alabama, Birmingham evaluated the effects of 3 different types cognitive training among 1,534 participants on 5-year improvements in 3 cognitive-specific measures of locus of control. The group who trained with BrainHQ reflected improvements in internal locus of control between baseline and the 5-year follow-up. The researchers concluded that older adults who complete correctly calibrated cognitive training can improve the cognitive-specific sense of personal control over one’s life, even at the 5-year mark.

In layman’s terms, that means that the positive results of the training on internal locus of control lasted for 5 years after training.

The study was published in the Journals of Gerontology in 2010. You can view the abstract here.